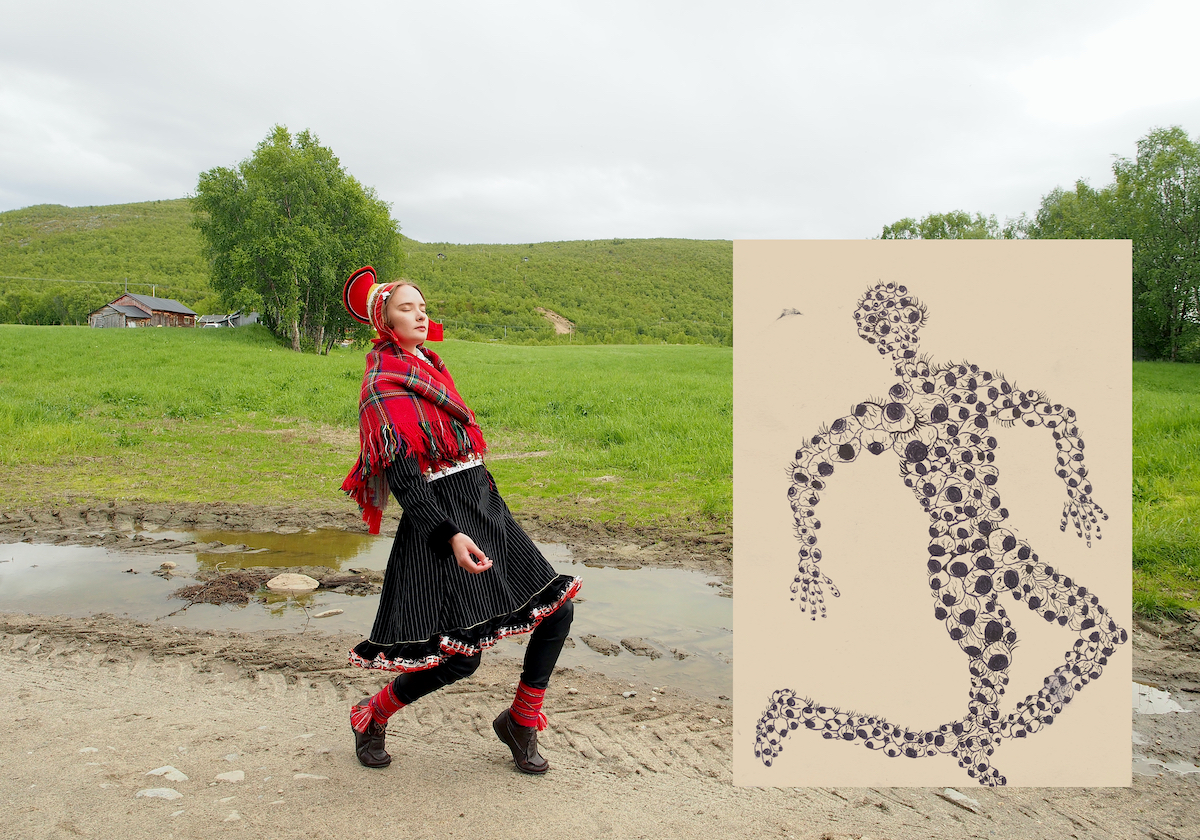 EU-Sámi Week takes place in Brussels from 20th to 22nd June 2022 for the first time ever! The aim of the week is to strengthen the relationship between Sápmi and the EU.

We are incredibly excited to be part of the EU-Sámi Week cultural programme, supporting Sámi dance performance Starting from Staring by Katja and Birit Haarla. They will create a new dance piece specially commissioned for the week, which will premier at Beursschouwburg, Brussels on the 21st of June!

How to meet without any intention? Allowing the kinship to be enough, as its own, is a primary Sámi value. This is the indigenous ground for the fight against the exploitation of natural resources and of culture.

What if you wouldn’t leave any trace of human activity behind, any material of your own?

These two are starting from staring. A state of being that is nothingness, intense nothingness. Ephemeral, like it is to be as a human being.

A start without talking. Locking the eyes, dragging the gaze along. Reaching the other one. Creating suspense – or is that suspicion? Waiting for something to move. Reacting, intimidating, discovering playfulness. Somehow important, somehow tensed. Leaving.

“The Sámis have lived through decades in an agreement with the land in order to perpetuate a long lasting and nourishing way of equal dwelling on this planet. In the context of EU Sámi week, we wish to dedicate this piece to our fellow Sámis who we invite to share our conquest of the Beursschouwburg stage”, they encourage.

Čiske Jovsset Biret Hánsa Outi Biret (Birit Haarla) and Čiske Jovsset Biret Hánsa Outi Gáddjá (Katja Haarla) are both dancers and performers coming from Dalvadas, Ohcejohka, the Finnish side of Sápmi. Together they have created a performance Starting from Staring. Currently studying their final year in P.A.R.T.S. school for contemporary dance in Brussels, Birit and Katja have made several collaborations together, most recently a performance Matriarch for the Sámi Pavilion in Venice Biennale 2022.

The dance performance is part of the project’s Filling the EU-Sápmi knowledge gaps program in collaboration with The Finnish Cultural Institute for the Benelux, Riddu Riđđu Festival and Beursschouwburg.