DAY 12 – A Way of Life that Swallows Everything 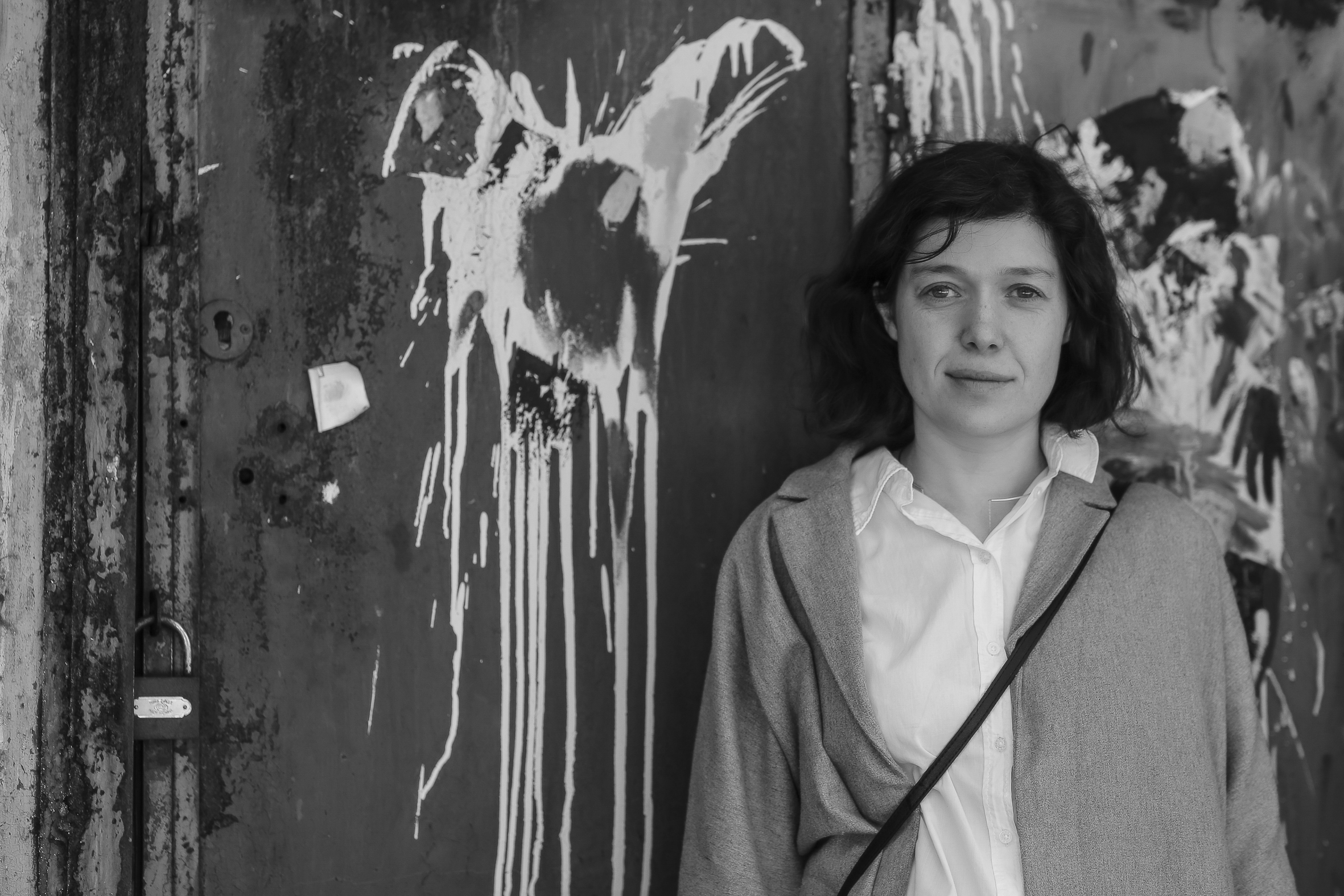 The opening of One day more from A wartime diary (2022) by the Ukrainian artist Yevgenia Belorusets will take place on the 6th of September, at 17:30 CET at the Citizens’ Garden in Brussels. The artwork will include the text from Belorusets’ diary entry written on the 7th of March 2022, day 12 of Russia’s war against Ukraine. Below you can read the diary entry in full.

Join us for the inauguration of One day more.

“DAY 12 (MONDAY, MARCH 7): A WAY OF LIFE THAT SWALLOWS EVERYTHING

I’M HAVING A HARD TIME concentrating today and getting an overview of what’s happening. The war is ongoing and I am somewhere in the midst of the events that are developing chaotically around me. Peacetime seems far away. New laws and a new reality are unfolding.

I receive a utility bill for my Kyiv apartment. It is accompanied by a Telegram message that sounds like an apology: “We are writing to you with a request. If your financial means allow under the circumstances, please pay the utilities. Many Kyiv utility workers joined the Ukrainian army and are now fighting for our freedom. However, it is still important to pay the bills.”

The same text was posted on the Kyiv Utilities website. I remembered the faces of the employees of these companies—which are so incompatible with the war. Wherever I look, everywhere, I see war. It has become a total, all-encompassing way of life that swallows everything.

During the day I met an old friend, a historian and sociologist who lives far away on the other side of the city. Early in the morning he went to the city center to help a friend’s mother evacuate.

The mother waited at the station with four small bags and a suitcase, even though my friend asked her to bring just one. I heard her voice on the phone, crying as she described the difficulties of boarding the crowded train, then crying again as she explained she had made it onto a train car and found a spot.

My friend can’t find peace. Yesterday, he helped his uncle escape a partially burned-out village near Kyiv and now he is looking for the phone numbers of those who are still there. In this quaint little village, called Horenka, the pharmacy was shelled and destroyed on February 28. Then, at the beginning of March, Horenka was repeatedly shelled again with Grad rockets.

Only a few load-bearing walls remain from most of the houses. I have visited several times in the past, but now I do not recognize anything from the pictures of the ruins.

In Zaporizhzhya Oblast, two postal workers were shot dead in their mail truck while trying to deliver pensions to elderly people who could no longer collect the money themselves. I can picture this kind of Ukrainian mail truck very well—several times when I was young, I saw postal workers deliver my grandma’s pension to her. She was weak and could not leave the apartment, but she was very proud when the small pension, which was rapidly devaluing due to inflation, was handed to her personally. She was almost friends with one of the postal workers. They always shared a little polite chat and, in my memory, they both looked happy while doing so. Two women who gave each other the gift of their presence and support.

The delivery of the pension was a symbol of care; it was a human gesture—more than simply welfare from the corrupt state. I can picture a mail truck, but picturing how such a truck could be shot at is beyond my imagination.

I wish that everyone who delivers something, who cares for someone, reaches their destinations safely tomorrow. That’s what I’m hoping for this March 8. I will be remembering those who, despite the danger to their lives, continue to take care of the people of this country and try to reach someone.”

A Wartime diary was shown at “This is Ukraine: Defending Freedom” at 59th Venice Biennale 2022. You can read more from Yevgenia Belorusets’ A wartime diary on Artforum.

Accessibility: The Citizens’ Garden is accessible for people with reduced mobility, there is a chair lift and ramp to enter the garden independently. In case of questions about accessibility, please contact +022844321.

The artwork is commissioned by EUNIC Brussels and the Culture of Solidarity Fund Ukraine powered by the European Cultural Foundation.

Partners include the European Parliament, Mission of Ukraine to the European Union,  PinchukArtCentre in Kyiv and M HKA.

The musical programme is supported by the U.S. Mission to the European Union.