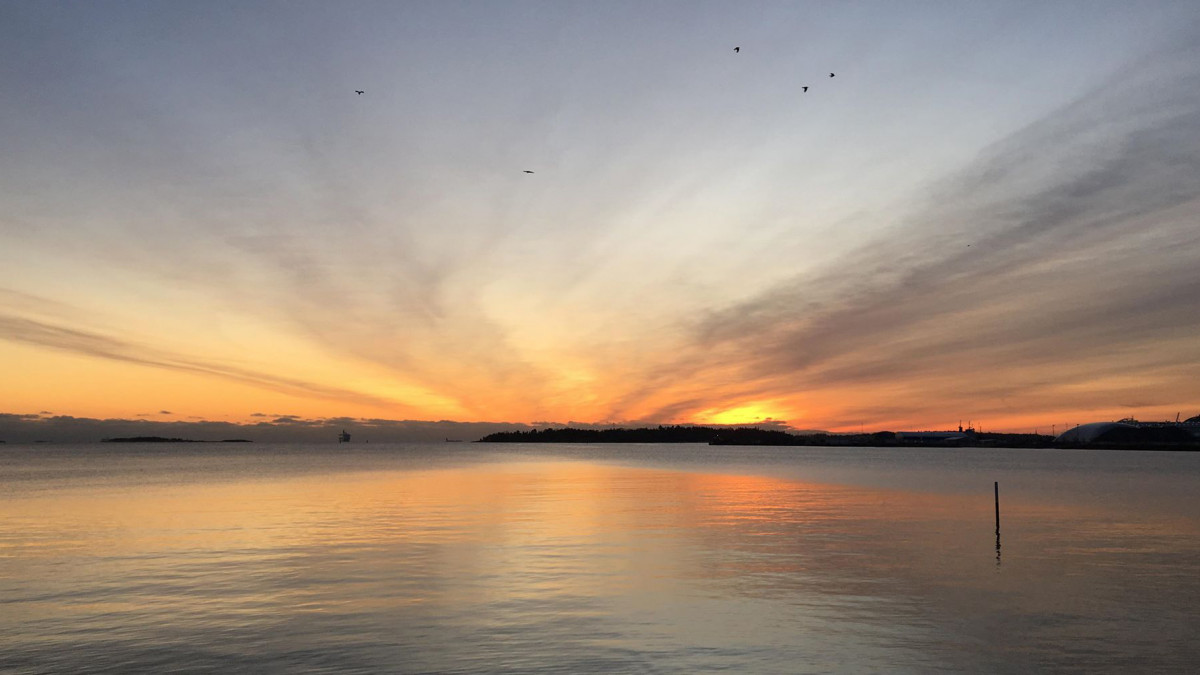 2020 does not only ring in a new year, but also a new decade. In a world where everything is in a constant shift, ten years feel like an eternity. We are entering the new decade with question marks all around us. What will become of us, our lives and the world around us? Coming from these questions and ideas, we present NEW Normal as this year’s overall theme.

The New York Times Op-Ed columnist, economist, and Nobel prize winner Paul Krugman wrote a column on January 2nd, 2020  titled Apocalypse Becomes the New Normal. The climate crisis, to which he refers to in the title, is no longer looming somewhere in the future, but we are already in the middle of it. The term New Normal has been used within different contexts for a while. According to Wikipedia, it means that something that was previously considered abnormal has now become commonplace. The term has often been used in connection to financial conditions, especially during recessions and other monetary crises.

Contrary to all the panic-arousing news and events that have already marked the start of the new year, we believe that hope — and actions stemming out of hope — are still the only way forward. We need to keep believing that change is possible, and that every lurking catastrophe also embodies a possibility for growth and a change of direction, whether this change considers a human being or affects the whole of society. As the subtitle of the New Normal program led by Benjamin H. Bratton at Strelka Institute for Media, Architecture and Design in Moscow a few years ago stated: The Future Has Not Been Cancelled. Some of the conditions that we now name new normal can also be positive. We hope to cultivate this positive change in society through arts, culture, and science.

2020 for the Benelux Institute

The Finnish Cultural Institute for the Benelux is opening the new year and decade with a curious and attentive mindset. 2019 was a busy year, with 133 projects and events in total,  and almost 130 000 visitors. We are grateful to not only all the visitors who participated in our programmes, but also for all the fabulous artists whose work we were able to present or support. Through the generosity of our partners, we were able to achieve ten times more than we could have done alone.

In addition to the active cultural programming as part of Finland’s Presidency of the Council of the EU, the Institute went through a great deal of renewal last year. We can now start the new decade with a fresh new visual identity, a beautiful renovated office space, a new strategy, and a great team, which last year received its fourth part-time staff member. Last year the foundation behind the Institute also turned 25 years, and we now look eagerly ahead to the years to come!

Ever since 2018, our programming has revolved around a certain thematic direction. We started with Transformations in 2018, went through RE/definitions in 2019, and have now reached NEW Normal in 2020. The annual theme does not only portray the topics of our programming, but also reflects on the society we live in. Where the past decade felt like a whirlwind of change, it also made a lot of things possible. Phenomena, movements, and ideas we considered new have now become the norm to many of us. When we hear, for example, the term #metoo we instantly know what it refers to. The rights of women are finally getting more and more attention around the world. Also, the role of men is changing, and discussions as well as critique around the narrow role of masculinity have started to pop up here and there.

In 2020 we will continue to question the narrow concepts of stereotypical gender roles. Our annual Nordic Women ́s Day breakfast will be expanded to a whole week of programming as part of the fantastic WoWmen! festival by Kaaitheater. The RE/defining Masculinities project, which we started last year, will continue in the autumn of 2020 with projects planned for Amsterdam, Brussels, and Helsinki. Score, the co-commissioned performance by Artor Jesus Inkerö, which premiered as part of our programming in Amsterdam and Brussels last year, will have its Finnish premiere at Kiasma in Finland, and a performance in the UK through the Finnish Institute in London. In Brussels, we will present different perspectives of masculinity through comics and poetry.

In the first month of the year, we look forward to a new collaboration with the annual CPDP Data Protection and Artificial Intelligence Conference taking place in Brussels. As privacy and data protection will become ever more important in our daily lives, the adjoint exhibition Mensch Machine with the Finnish artist Jenna Sutela will explore elements of machine learning along its successes, as well as failures.

Continuing from our successful collaboration with Spazio Nobile gallery in Brussels last year, 2020 will continue to bring new Finnish art, crafts, and design to Western Europe. In March, Lokal gallery from Helsinki and a selection of their Finnish artists will exhibit as part of Collectible in Brussels, a fair showcasing contemporary collectible design, unique pieces, bespoke works, and limited editions. We hope that our two-year joint effort with our partner Institutes in France and Germany, along with Ornamo in Finland, will lead to frequent visibility of the work of Finnish artists through galleries, museums, and design companies in fairs and exhibitions in Western and Central Europe.

Later in March we will open Call To The Wild, an exhibition with three contemporary Finnish artists at Maison Louis Carré outside of Paris, the former home of art collectors Louis and Olga Carré, designed by Alvar and Elissa Aalto and completed in 1959. The building is the only remaining building by Aalto in France, and an exciting setting for the work of Laura Laine, Kustaa Saksi, and Kim Simonsson. Nature, animals, and various creatures will lead us into the wild as spring verges on the beautiful surroundings of Maison Louis Carré.

We can also already look forward to autumn, when we will be co-presenting Finnish furniture and interior design at the Biennale Interieur in Kortrijk, together with the Embassy of Finland in Belgium. As in the previous years, we look forward to seeing the work of many emerging and established Finnish visual artists at exhibitions, art residencies and fairs in the Benelux, starting with Tuukka Tammisaari and Irene Suosalo at Art Rotterdam, represented by the Danish gallery KANT.

Our TelepART program continues as before. The program, which was initiated by the Benelux Institute in 2016, is now rolled out in 18 countries via seven Institutes in the network of the Finnish Cultural and Academic Institutes. Over the years, the participating Institutes have been able to support artists with over 150 000 euros, enabling over 270 projects and 680 individual performances in collaboration with local venues.

Thanks to Wihuri Foundation, the Benelux Institute is able to continue with our Go-commission series in 2020, which will also be linked to a new upcoming joint project:

A I S T I T – coming to our senses. This collaborative and multidisciplinary project is organised and commissioned by The Finnish Institutes in the Benelux, France, Germany, and London, and is curated by Satu Herrala and Hans Rosenström. The programme will explore the notion of senses and their physiological, social, political, and technological conditions in today’s Europe. The project will take place in 2021, but some initial programming might already occur in the autumn of 2020. The A I S T I T  project is generously supported by The Finnish Cultural Foundation.

In addition to our projects we look forward to a year and decade in which we will redefine the way we work, travel and approach our daily activities. Inclusivity and equality are values which have already been at the core of our activities. In 2020 we will also re-evaluate our administrative and other back-office practices. A general sustainable approach is incorporated in our daily practices, whether the changes needed to be made are big or small. In addition to continuing travelling by train and bus in the Benelux region we will also experiment travelling to Finland without flying.

We hope that 2020 will be a year filled with urgent, topical discussions, presentations of new and established artists and voices, and fruitful and long-lasting collaborations with our partners. From our offices at the heart of Europe, we wish everyone a fun, kind, and prosperous New Year, and hope to meet you all soon again!

Text by Kati Laakso, Director of the Finnish Cultural Institute for the Benelux